Start-and-stop-and-start-again is never my favorite way to work on a piece, but sometimes that's just what happens. This 5-by-7-inch linocut was started more than a month ago and has only now reached its final stages.

The delays this time were not due to lack of materials or technical difficulties but to contract projects and holidays– both of which are now happily behind us.

So where were we? 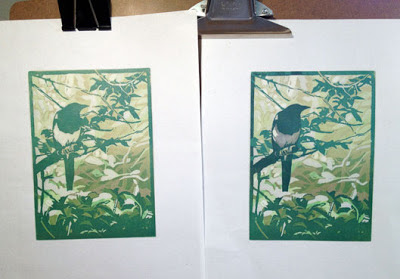 We were here, at the Belly Shadow Redux.

The image was definitely showing signs of heading where I wanted it, with the magpie hiding in the foreground shadow. I decided the middle distance leaves were still too flat, so the ninth pass was a transparent blue-gray. 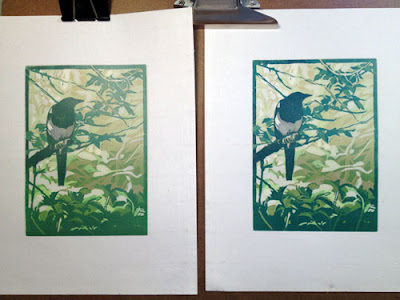 Okay, good. That put a little life in the middle ground and deepened the foreground. It also started to swing the magpie into the blue-black range instead of green like everything else. 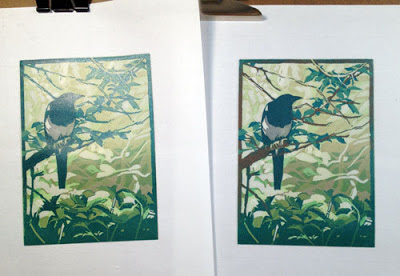 Now a few brown "lowlights" (as opposed to highlights) in the branch and twigs. (Perpetual glare from the left on wet prints. Sorry.) A brief moment of uncertainty followed, when I wondered if perhaps the brown weren't too much. But there was still one final pass to go. 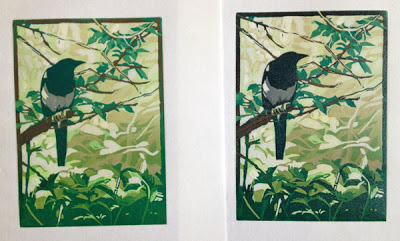 Another transparent blue-black brought the magpie forward, toned down some of the brown bits, and put one more layer of value in the bottom foreground. By golly, I think it's finished.

Sometime in the last week or so a title popped into my head, but it's gone right out again. Until I find it again... ssshhhh! Don't look now, but there's a magpie. Right there. No, there. Hiding in that shrub. 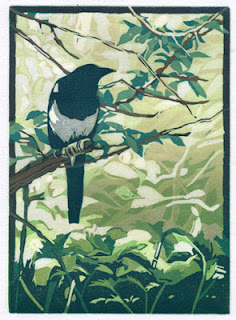 Hey! Guess what!?! I'm having my first live, in-person workshop in almost a year and a half! That's right, I'll be facilitating ... 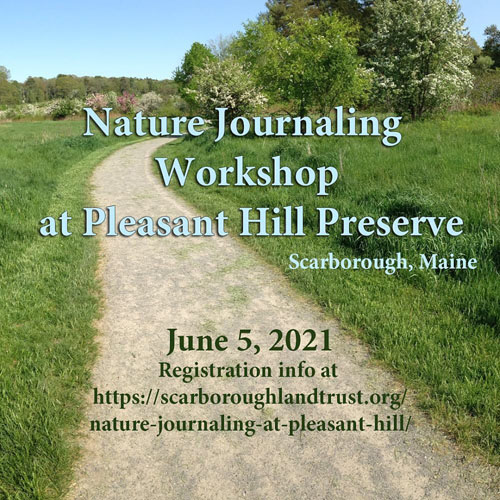