My search for a place to live and work here in Maine continues. It has been a frustrating process, but my friend Sue encourages me to stay calm. “Maine challenges you the first year,” she says, “to test your resolve.”

There have been several bright spots lately, though!

The Green Lion Gallery in Bath. This gorgeous space is owned and nurtured by artist/printmaker David Morgan. The Green Lion represents mostly (but not only) printmakers and artists who create work on paper. The space has a great vibe, and it has an Ettan press in the back. Dave was kind enough to offer me some press time a couple of weeks ago, and I managed to create three small (4x6”) blocks. I printed on 300# watercolor paper and then hand-painted them. I was reasonably pleased with the results AND the feeling of shaking out a few cobwebs.


Inspiration for the new images was the March 11 Mass Audubon Birders Meeting in Boston. It’s still a bit surreal to me to realize that I can now drive to Boston in about the same amount of time it took me to drive from Salida to Denver. The scenery is certainly different, and the traffic once one hits Boston is worse (which hardly seems possible), but it's totally doable.

The Birders Meeting is a one-day event, but I arrived a little early and stayed a little late to have the opportunity to catch up with colleagues and friends at the Museum of American Bird Art at Mass Audubon.

MABA is a small museum with a big heart and a collection that packs a big punch. Part of the reason for my early arrival was an opportunity to hear Paul and Alan Singer, the sons of artist Arthur Singer, speak about their father's work. The brothers have recently released a comprehensive and lovely book celebrating Arthur Singer's life and career, and MABA hosted the lecture, book signing, and an exhibit of some of Singer's original works.

Additionally, the museum's current main exhibition is "Waterbirds," featuring paintings, prints, and sculpture from their permanent collection. Selections include work from Audubon to Warhol... bird art aficionados will also drool over pieces by Frank Benson, Sir Peter Scott, Don Eckelberry, Barry Van Dusen, Keith Shackleton, Anne Faust... and my design hero Frances Lee Jaques. It's remarkably difficult to find a centralized online location for Jaques' work, but trust me, you need to Google for images. The paintings are nice, but the black and white illustrations will knock your socks off. (The Jaques Art Center in Minnesota has a little blurb about him, but not many images.)


On my way home from Boston I stopped at the Nubble Lighthouse / Cape Neddick in southern Maine. The day was windy and cold, alternating between bright sun and clouds, but I was on a mission! I had heard the Cape could be a place to find dovekie, a cute little auk which I had never seen. I identified two other life birds, thick-billed murre and black scoter, before I finally spotted the stubby little critter bobbing around offshore. I snapped a couple of photos that were horribly distant and blurry but contained enough information to later confirm the ID. Hooray!

Yes. Dovekie has entered the queue for new linos.

The next day we had our third nor'easter in less than two weeks, with our second blanket of about 20 inches of snow. Enough already! 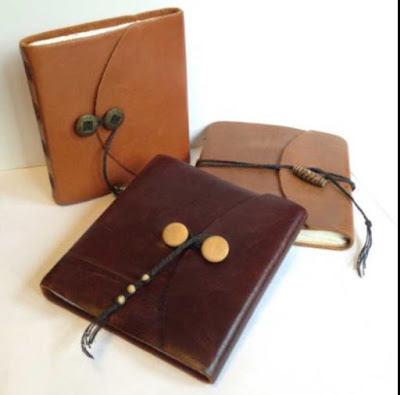 So what next? I'm still on the hunt for home and studio, but life and work have to move forward no matter what. April 19th I'll be presenting a program at the Camden Library for Midcoast Audubon. Also, registration is now open for a leather journal-making workshop at the Farnsworth Museum in Rockland, April 27. Also in April, I'll have some work presented by the Green Lion Gallery at the Boston Print Fair. I'm also deep in image design for posters for the International Loon / Diver Symposium coming up in Portland in 2019. I may be unsettled, but I'm certainly not bored!
at March 19, 2018 6 comments: