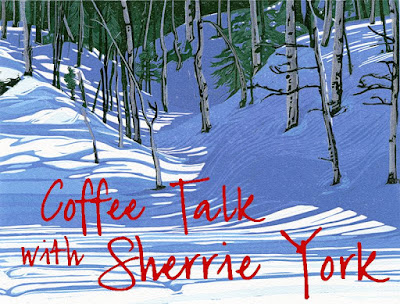 Sure, I'm in Maine now, but I sat down across a verrrryyyy wide virtual table to chat with the folks at Ann Korologos Gallery in Basalt, Colorado to talk prints, process, and even my lack of planning. The full Coffee Talk interview is here.

Happy Winter Solstice, everyone!
at December 21, 2017 No comments:

What's It All About Wednesday: Midwinter Debris, Underfoot Series


Our first real snow of the season came to my new stomping grounds in midcoast Maine this week. It was a dozy! Here at my temporary digs on the Pemaquid Peninsula we had about 8" of heavy white stuff. I know it was heavy because I had to shovel it off the deck four times. Once when the snow stopped falling, but three times more after the sun came out and huge melting sheets sloughed off the roof and right on to the porch. (Note to self: When you finally find your own place, be sure it doesn't have a steep roof right above the front door.)

If you've been following Brush and Baren for any length of time you're aware that I like to wander around outdoors... and that I divide my time between staring down at my feet and gazing up at birds when doing so.

The "looking down" behavior prompted an ongoing series, Underfoot, to which I add another image or two each year. This piece, Midwinter Debris, was one of the earliest linocuts in the series. It was hand-rubbed on Hosho paper, during a time when I was still using mostly opaque inks. (Unlike my current practice of using transparent color almost exclusively.) This view included the needles and cones of the ponderosa pine, a signature tree of my former home in Colorado. When I look at this piece I am reminded of montane slopes, bighorn sheep, Steller's jays.

Here in Maine there are no ponderosa pines. No bighorn sheep or Steller's jays. Instead I'm learning to identify white pine and red spruce, their seed structures very different from my western trees. I also have deciduous trees! In this area the woods are dominated by oaks whose first names I've yet to ascertain. Yes, the landscape underfoot is quite different. Plenty of new material for when I can get back to work... which I hope will be soon! 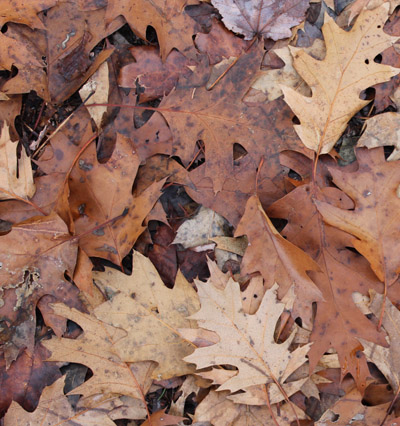 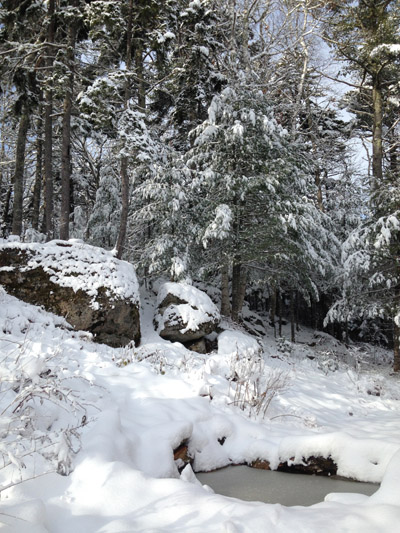 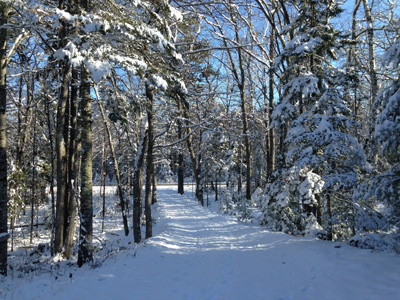 
Days here in my new environment are zooming along, although finding a place to settle is taking its sweet time. I told someone the other day I feel as though I'm still collecting "dots"... and that when I have enough to start connecting them I hope the picture will resolve...

Until then... well. I'm staying quite busy with other adventures (in addition to the home and studio search).

Long time Brush and Baren readers will know that one of the reasons I have shifted my home base to Maine is my connection with several National Audubon Society projects: Hog Island Audubon Camp, the Audubon Artist Residency, Project Puffin, and now Mad River Decoy.

My twin-sister-from-different-genetic-stock Sue is tangled up in all these things, too, and it was her idea that the life-size Least Tern decoys she produces for conservation projects would also make lovely tree toppers, if only they had the proper holiday garb.


So of course we set about crafting costumes for terns. Because that's what one does. 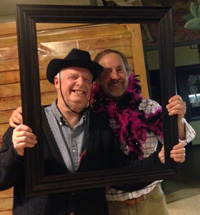 I've also been to New York! The state, not the City, although that's not too far away, either. The purpose of the trip was two-fold: Firstly, the 70th birthday party of an Audubon colleague. (That's Pete in the pink and black boa at right, buddy Artie in the black hat.)

And it turns out that friend, colleague, and master oil painter Jim Coe lives just an hour-and-a-half north of the birthday boy! So I toddled on up to Jim's place to visit him for the first time in his home habitat.

It was an eye-opening moment! Everywhere I looked I felt as though I were standing in one of Jim's paintings, a testament both to his craft and to his relationship with his surroundings.


Back in Maine I continue to explore my own unfamiliar surroundings. Thanksgiving morning I put on my new blaze orange hat (a necessity for walking in the Maine woods in the autumn, apparently) and made my way down to the shore at the LaVerna Preserve, which is just a few minutes from where I'm staying. Nice, eh? 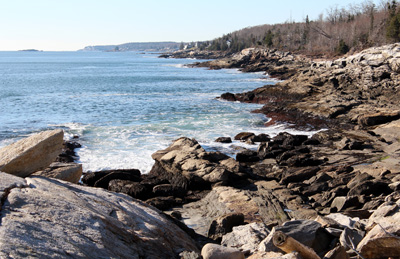 But of course it's not all sunshine and shorelines here. The weather has been getting increasingly colder and grayer... and today we're having our first real snow of the season.


I did finally get out my journal and make a little drawing yesterday, and I'm planning to spend some quality time with my sketchbook this evening. It gets VERY dark VERY early here... Sunset today is at 4:03pm. Interestingly (to me), even though the darkness continues to lengthen for another 10 days or so, TODAY is the very earliest the sun will set. Sure, it will come up a bit later in the morning, but tomorrow's sunset is 4:04! Hey! We're already in the Improving Zone!

So... I'll continue to press on... and perhaps have some sketches to show you later this week! I ordered some paper and fresh lino, which arrived this past week, so maybe I'll get something small and manageable underway. Until then... it's time to make a hot cup of tea and watch my first Maine snow come down!
at December 09, 2017 3 comments: