It seems as though every linocut I make goes through a phase in which I spend a lot of time carving– but when I print the next color pass, not a lot seems to have changed.

And yes, oh perceptive reader, we are at that stage. 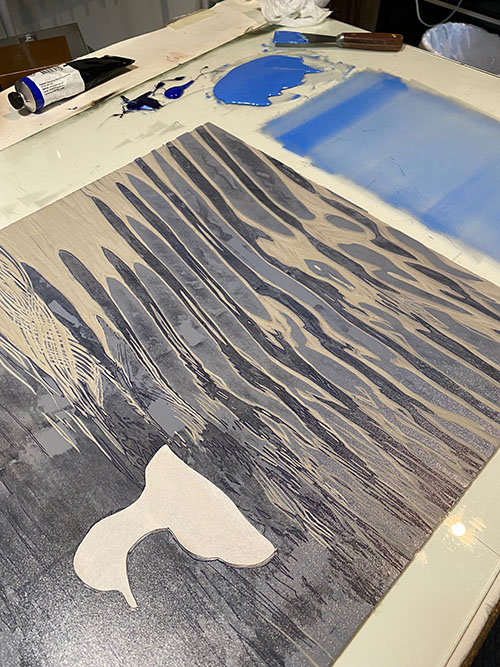 (Oh wait... perhaps I should mention the roughly bird-shaped mask first.)
The creature-to-be in this image has a rusty-red head, some of which appears bright and coppery in the sunlight. From our highly-developed understanding of color theory, we can predict that an undertone of blue in those areas might not be conducive to creating the warmth we intend. Therefore: mask out the bird shape to avoid printing blue in that area. Capice?

So here's our nice transparent blue printed. It's okay... but I am ultimately going for a much brighter blue in some of the water reflections. It does appear that something has happened at this stage, but not nearly enough to justify the amount of time I spent carving. Oh, well. 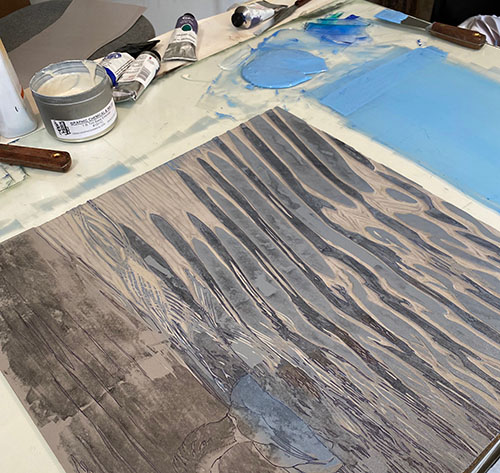 It seems like a really simple statement ("For the next stage I want a brighter blue"), but holy cow did I have trouble getting to the right one! I should have taken a photo of the multiple different blues I mixed (most of which are now wrapped up in wax paper for use on another day). I've got at least three prints that have been moved to the "tester" section of the print queue... wrongly-blued sheets that will be first up for future color passes.

ANYWAY.... I decided to keep this blue out of the upper third of the image entirely, which precipitated another round of mask cutting. 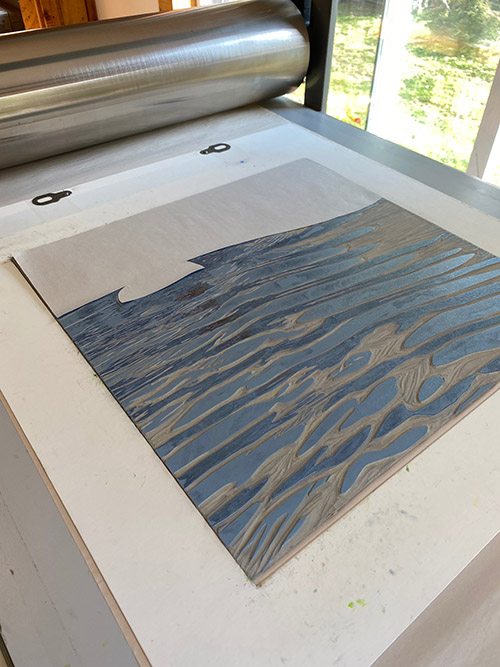 I also decided that I wanted to minimize the amount of blue ink in a few areas of the water that will reflect the bird's head, but rather than cut a lot of finicky little masks, I just wiped these areas right before printing each sheet. 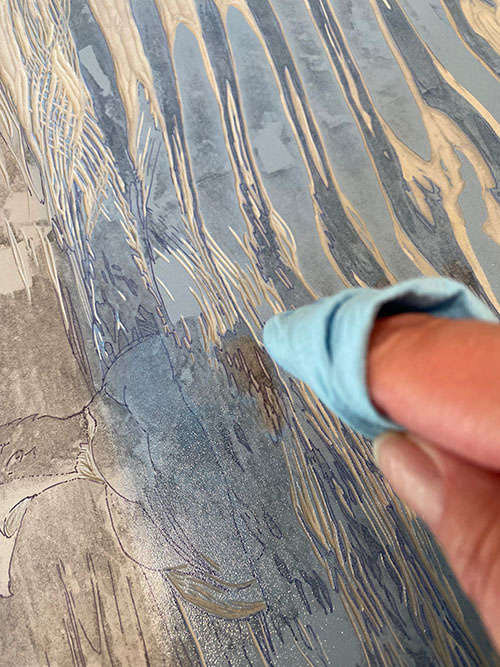 At the end of Step 4 printing it looks like this: 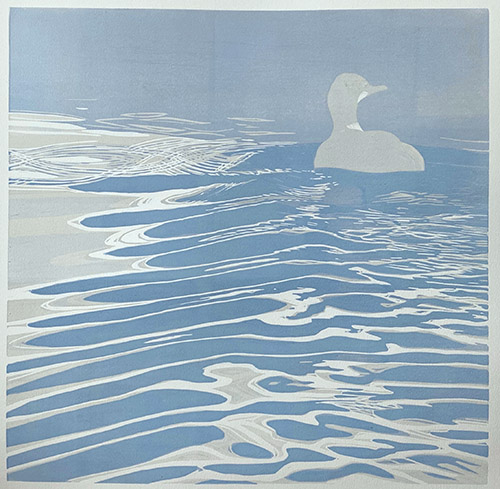 It's a lot of blue, but by the time I'm finished less than half of what we see now will remain. At the moment I think the next step will be to put down those bright copper colors previously mentioned so I can carve those bits out of the block and forget about them. I do need to put at least one more blue in the water... and then... whee! I think I can do some greens! Yep. Lots of green to come in this one.

It seems as though every linocut I make goes through a phase in which I spend a lot of time carving– but when I print the next color pass, n...