Things continue to move slowly in the studio, but they ARE moving. Part of the slowdown is continuing problems with my own focus... but part of it is that the season is changing and drying times are slower.

Yep. It's warm enough to have the windows open and to forego a fire in the wood stove. Well, most of the time, anyway! There is still the occasional chilly morning that requires a little help in the temperature regulation department, but otherwise my wood-burning method of dehumidifying the house is over until next fall.

And, I confess, I've been playing a bit of hooky and taking walks to look for spring migrants. The disruption to all of our lives caused by the pandemic is still very much a problem, but the bright light has been the ability to get out and pay attention to the changing of the season in ways I have not previously been able to. Because, you know... usually I'm running around like a headless chicken this time of year, delivering work to galleries and facilitating workshops.

I'm closing in on the current lino in progress, although, as usual, I've added another step to the process. I had a vague hope that Step 6 would finish off the water... but not quite...


It took me a ridiculously long time to get this color sorted out. I wanted it to lean towards a gray-green... but with all that underlying blue it was a struggle to hit it right. I'd get the hue right but the value wrong.. or vice versa. Of course in the photo it all just looks blue, but trust me... there's a little more variety in it than it appears.


That problem solved... it was time to work on the small details of the birds' heads. I think by now you can see that there are five of them.. two females and three males. The males need a chunk of yellow on their beaks and the females need some light gray patches in their cheeks. With some fiddly masking and spot inking I did get there... but it was rather tedious and I didn't remember to take any photos until after I had finished and cleaned up.

But here's where we are now:


And here's a closeup of just the birds:


Okay, then! I am hoping I can wrap this all up in another 2 passes, although I might also need to do a little spot inking in two areas. That would technically be two-and-a-half passes, which still qualifies as less than 10, doesn't it?

As for the excitement I promised in the headline... here's a little video reveal of Step 7. Because... fun!

By now I really should know better than to make pronouncements like "I think I'm all done cutting masks for this image." Becau... 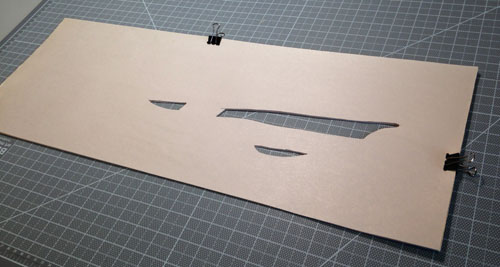