Prints and camaraderie in the mail

Just over a year ago I received an envelope from my friend Jill Bergman of Art on the Page. In it was a tiny handmade book, blank but for a little image by Jill herself, along with a request to add a little print and send it on to another printmaker. Jill's hope was that eventually the book would be filled by a succession of print artists and make its way back home to her.

My contribution in place, I shipped the book off to Amie Roman of Burnishings. Seems to me my timing might have been a little dodgy, since I think I sent it around the time Amie had her baby! She already had her hands full with a new project of her own.

But some time later I had a message from Amie that she'd added her own piece and moved the project along to another printmaker. Gratified that it was off to a good start, I promptly put that little book out of my mind.

So imagine my surprise and delight (and Jill's!) when I learned that the tiny book did indeed make it back home, full of wonderful prints! Jill tells the story and includes photos of all the images in her celebratory post here. 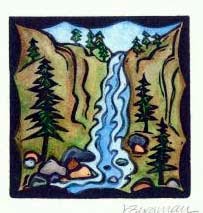 It's a story with a happy ending, but it also has a delightful postscript. This week I received another envelope from Jill... this time it included something that I'm not mailing anywhere. Ever.

It's a beaut, ain't it? A Jill Bergman original that makes me smile and reminds me that printmakers the world over are a wonderful bunch. Thanks, Jill, for initiating the project and thanks to everyone who played along.
at November 27, 2011 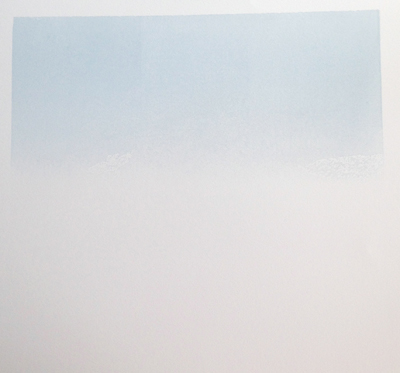